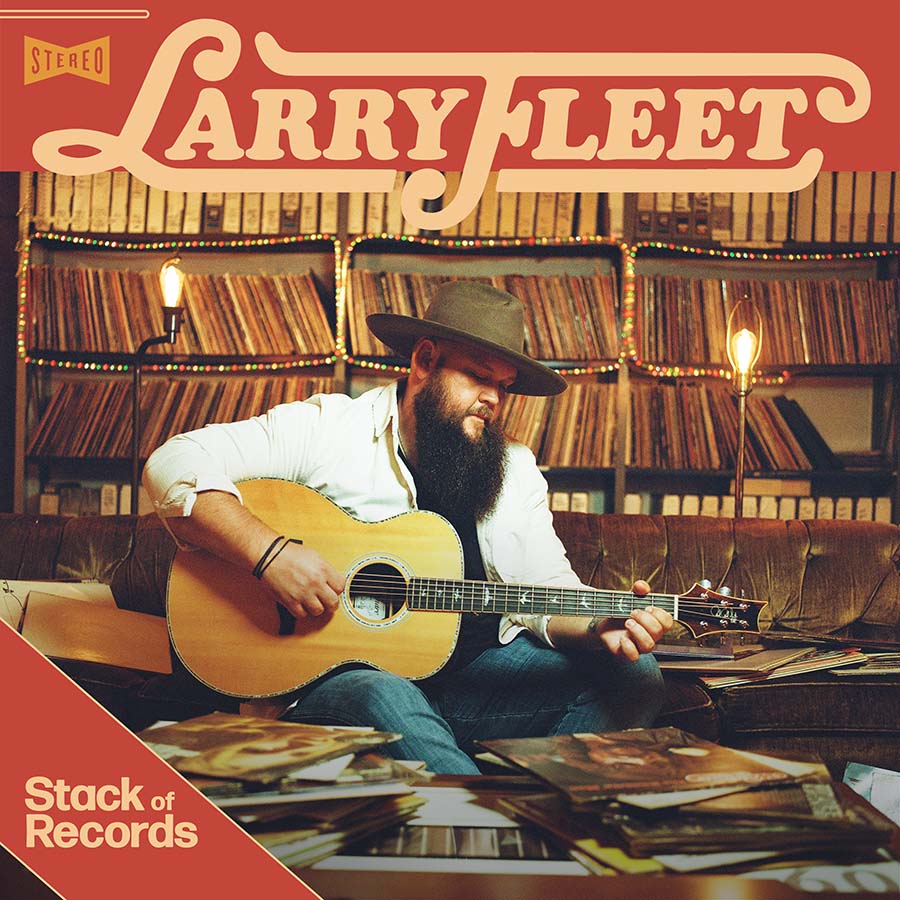 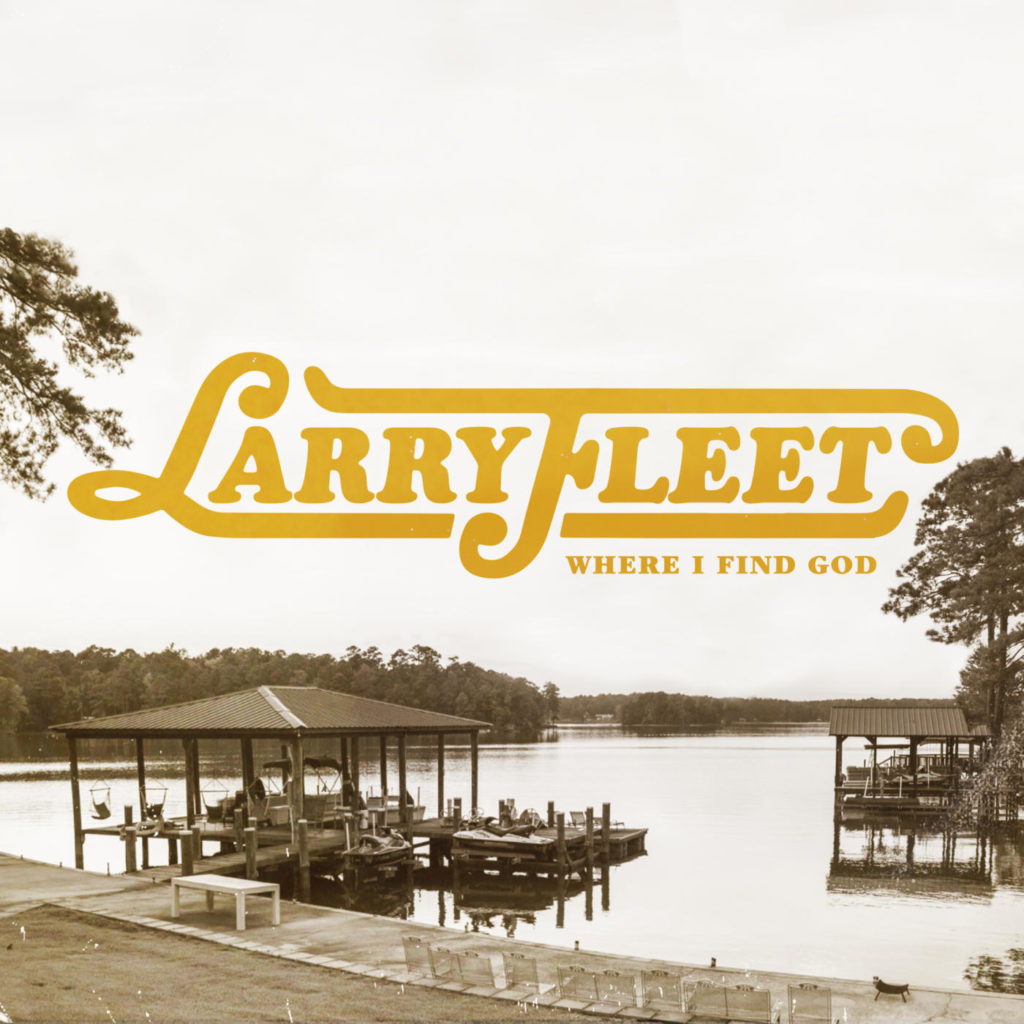 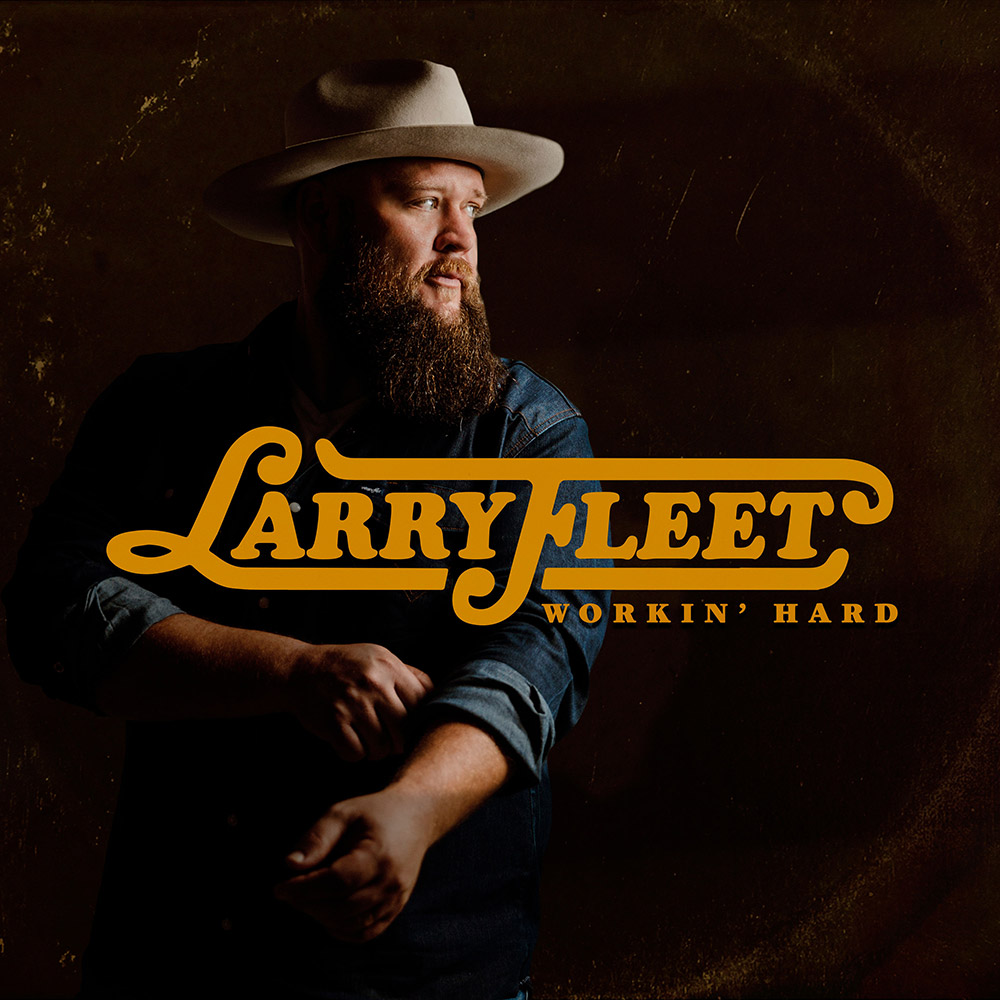 Don't let Larry Fleet's humble demeanor fool you: the Chattanooga-based Country singer-songwriter is the real deal, with fans in contemporary heavy-hitters like Jake Owen and living Country legends like Willie Nelson. He's a thoughtful songwriter with a knack for a one-liner, an ear for a good hook and a powerhouse voice that strikes the perfect balance of soul and twang.

You can hear all this and more on Fleet's new single "Where I Find God." Written alongside award-winning songwriter Connie Harrington, "Where I Find God" is a beautifully heartfelt ode to family, fishing and Fleet's unyielding faith. "Sometimes, whether I'm lookin' for him or not / That's where I find God," Fleet sings, with his soul-drenched twang adding an element of gospel to the track's stripped-down Country arrangement.

"Where I Find God" has already received an immensely positive response from fans, many of whom have shared their own experiences of faith and finding God. Some fans even count hearing the song itself among their life's religious experiences, a life-changing phenomenon that gets right at the heart of why Fleet writes songs in the first place.

"I've had older people tell me, 'I found God in 1982,'" Fleet says. "They're telling their stories. Then other people tell me they fought with addiction. They heard this song and turned their truck around and tried to mend some fences with their family and go to Alcoholics Anonymous. To me, as a songwriter, that's about as good a compliment that you can get: a song you wrote has changed someone's life, for the good. I'm so proud of this song."

"Where I Find God" has roots in Fleet's "Gospel Song Sunday" series on social media. The wildly popular series caught the attention of Harrington, who invited Fleet to write with her. The two began with the line "Where I Find God," and Fleet was overcome by memories of peaceful moments at the lake, quiet days spent in deer stands, nights on well-worn barstools and time spent with his son, Waylon. Those were his religious experiences, and he had a hunch that others may have had similar experiences, too.

The official video for "Where I Find God" follows Fleet and his family as they visit their favorite lake, providing an intimate visual for one of Fleet's most personal songs. The footage is candid and real, perfectly encapsulating the deep well of emotion and vulnerability of the track itself. The video has made its way around the world, racking up millions of views and finding Fleet fans in such far-flung places as Madagascar and Japan. "Where I Find God" has clearly struck a chord, one that announces Fleet as a major new voice in Country music.

Fleet first showed off his masterful musicianship on his acclaimed debut album Workin' Hard, which released via Big Loud Records in late 2019. Sonically, Workin’ Hard draws from Fleet's eclectic musical influences, which include Outlaw Country icons like Merle Haggard and Willie Nelson as well as classic Soul singers like Marvin Gaye and Otis Redding. Fleet's blue-collar roots shine across the album's lyrics, which show him to be a hard worker, a family man and the kind of guy you'd want to slow-sip a beer with.

Fleet recorded Workin’ Hard alongside producer Joey Moi (Jake Owen, Morgan Wallen) after two whirlwind years that saw him on tours with Owen and Nelson, and landing his first record deal. "Some nights I sang for money, some nights I sang for beer," Fleet sings on "Workin’ Hard," a sentiment made all the more powerful when considered alongside his swiftly rising profile.

While Fleet's undeniable talent would have brought him success one way or another, he had a lucky encounter with Jake Owen in 2017 that led to a fruitful collaborative friendship. Fleet performed a mix of original music and Classic Country cover songs at a friend's barn party, which Owen attended. After Fleet wrapped up his performance, Owen was wowed by his talent and introduced himself and invited him to his home to hang out and play music. Before Fleet knew it, he was on the road with the country star.

Before that chance meeting, Fleet was working construction jobs. He found success in the difficult field of masonry and eventually landed a gig working for an engineering firm, where he further showcased his construction expertise. Fleet had already been working on making a living at music for 10 years, and when he met Owen it seemed his hard work had finally paid off.

After touring extensively with Owen, Fleet was offered an opening slot for a string of shows with Willie Nelson. Nelson was so impressed by Fleet's performance that he brought him on stage during his own set to sing Gospel songs, which was a dream come true for a life-long Nelson fan like Fleet.

"It was just me and my guitar in front of Willie's crowd," Fleet says. "That's why I wanted to start writing songs, because of Willie Nelson... The crowd really got what I did. They seemed to love me."

Fleet wrote six of Workin’ Hard's eight tracks, enlisting the co-writing talents of songwriters like Will Bundy, Brett James and Rhett Akins. The upbeat, romantic lead track "Tied Down" showcases Fleet's clever lyricism, while "Lied About Love" smolders with his soulful vocal performance and swampy, Southern Rock guitar. The sweet, rootsy "Best That I Got" is another standout track and shows just how seamlessly Fleet brings together his Soul and Country roots, both of which he attributes to the musical tastes of his parents. Tying the album together is Fleet's masterful voice, which finds the sweet spot between Classic Country and the contemporary sounds of today.

Larry Fleet is a tireless artist who knows who he is and what he wants to do. And he may be humble, but Fleet has paid his dues and he's rightfully poised for stardom. Turn up the volume and see what all the fuss is about.