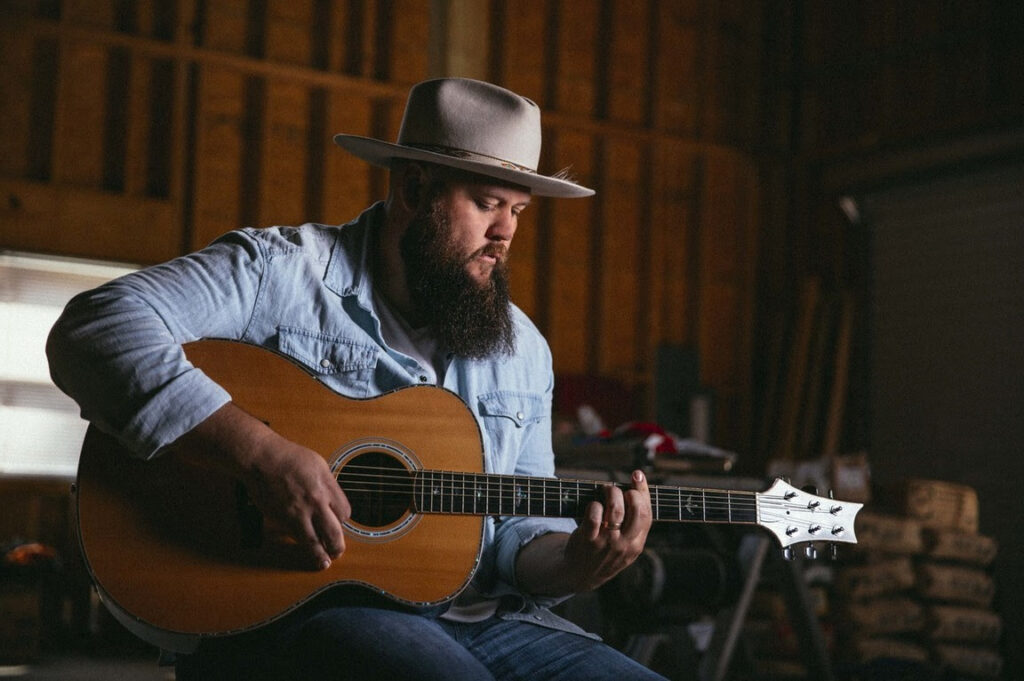 Big Loud Records’ soulful newcomer Larry Fleet hits Country radio airwaves today (10/5) with his debut single “Where I Find God.” The track is the most-added song of the week, with 27 first-week stations on board. Co-penned by Fleet alongside Connie Harrington, “Where I Find God” is an uplifting ode to finding peace in the higher power’s presence during life’s little moments.

“Where I Find God” is striking a chord out of the gate, with Billboard lauding “During a time that seems to demand reflection, Fleet — without ever sounding preachy or dogmatic — gently reminds us that God meets us where we are, no matter where we are.” Taste of Country predicts the track “should allow for his grand entrance onto many of America’s better known stages,” while All Access claims it’s “needed on airwaves everywhere.”

The “Where I Find God” official music video continues to resonate with fans, closing in on 7 MILLION views. Embodying the song’s powerful lyrics, the clip follows the blue-collar Tennessee-native as he embraces the stillness of a day near the water. Filmed on Lake Martin in Eclectic, AL, the clip also features Fleet’s wife, Phebe, and son, Waylon.

“Where I Find God” follows the 2019 release of Fleet’s debut Big Loud Records project, WORKIN’ HARD. With eight tracks that have earned the praise of American Songwriter and Rolling Stone, the Joey Moi-produced project showcases the masterful voice of a powerhouse artist with eclectic influences ranging from Otis Redding to Merle Haggard.

Earning his stripes on the road, Fleet has shared the bill with Jon Pardi and Willie Nelson, and joined Jake Owen on the DOWN TO THE TIKI TONK TOUR, with the Green Bay Press Gazette raving he “…instantly impressed a crowd that chanted his name throughout the night.”

KEEP UP WITH LARRY FLEET

← Larry Fleet Stripped it down in Green Bay